Original article can be found here.

To start his business, Mark Wardill had to become something of a genealogist.

Then he had to become a motorcyle historian. And an antiques hunter.

Going through these “careers”, he has ultimately arrived at his current job: the director of Wardill Motorcycles.

Based in the south Wales Valleys, the business was recently shortlisted for a start-up award, which is not bad for a firm that actually started in 1927.

But that is because it has been about 90 years between the last two Wardill bike models. 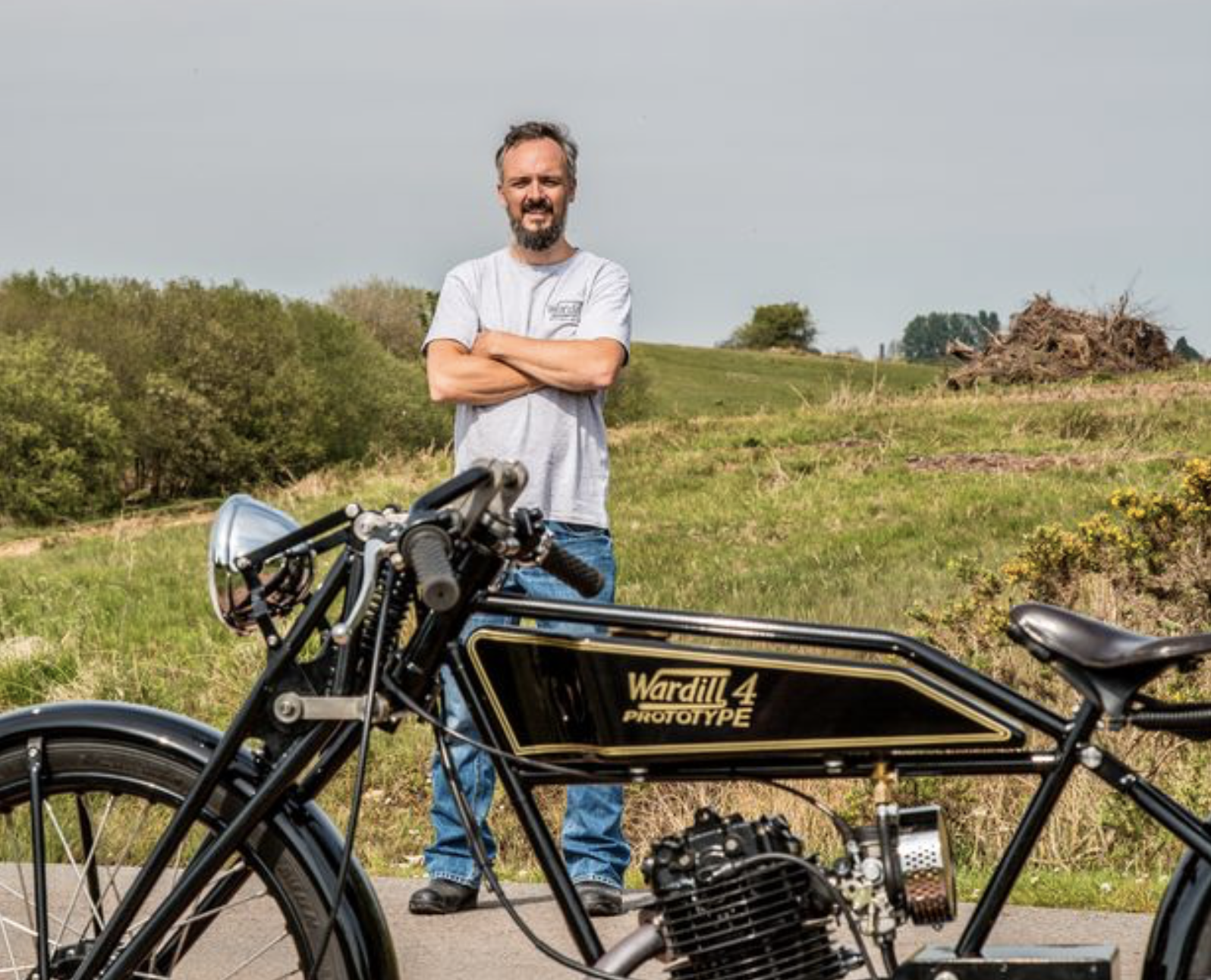 The story begins at the turn of the century in Surrey and at The Wardill Motor and Cycle Works.

The business was run by Henry Wardill Snr repairing and maintaining cars, motorcycles and bicycles.

For fun, Henry’s sons Henry “Ernest” Jnr and Percy designed and built a motorcycle at the garage, which led the brothers to starting the Wardill Motorcycle Company in 1927.

The bikes created a fair bit of press due to their unusual, patented “supercharged” two-stroke engine.

The bike appeared at a number of public trials, performing well, and it started to get itself seen alongside marques such as Raleigh, Harley-Davidson and Triumph.

Two potential funders flew in from Boston with the plan to put the bike into production, but at a test ride the rider crashed the bike and the investors got cold feet.

After the last bike was produced, the company faded into history.

The only connection to the business was two glass slides that were at the bottom of a wardrobe.

“I didn’t know much about them other than it was a bike my great-grandfather had built,” said Mark Wardill.

About 13 years ago Mr Wardill dug the slides out and developed the pictures to have a good look at the bikes. And that is when the journey really began.

“I thought what are these glass slides and what’s the story behind them? What is this bike? 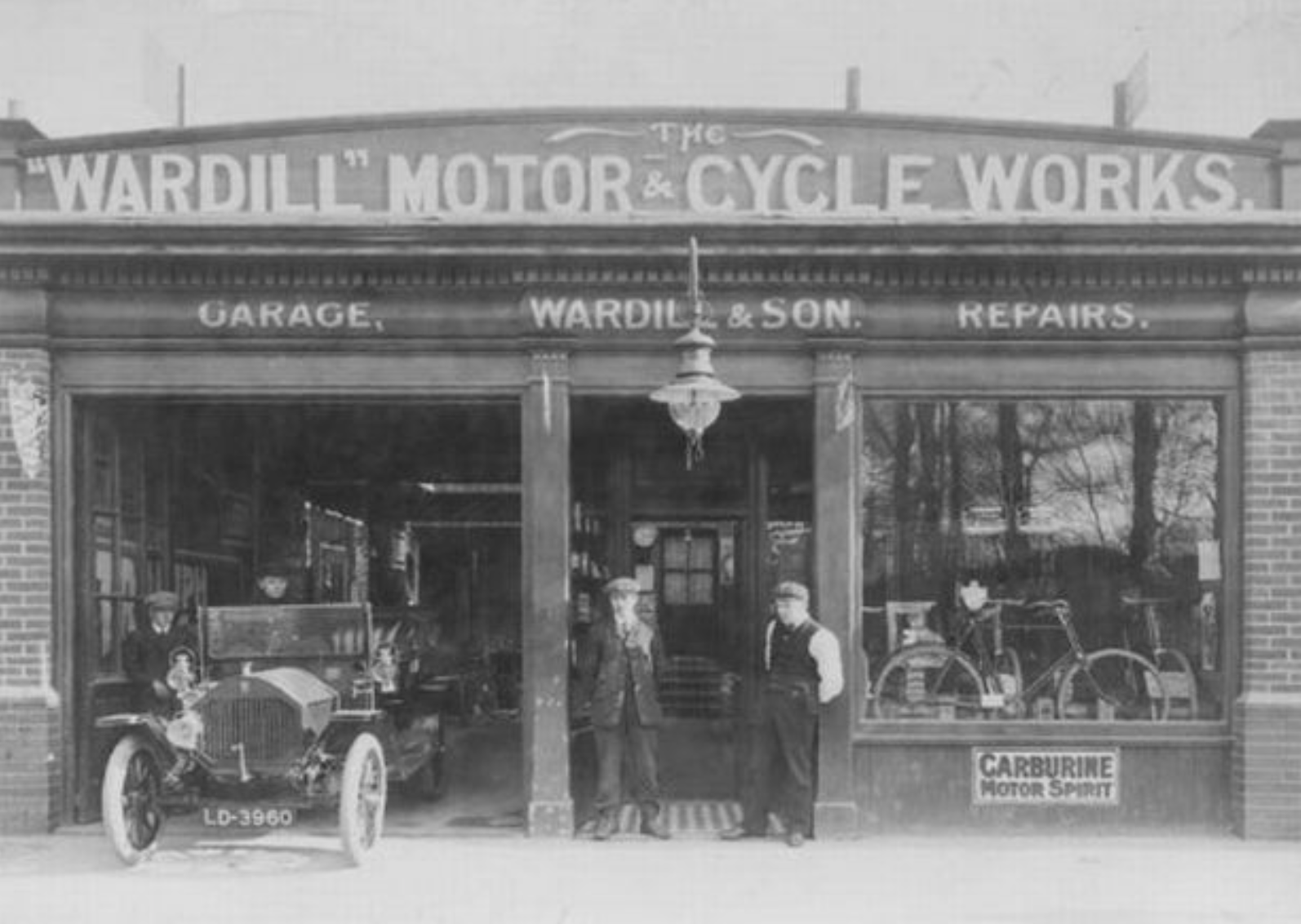 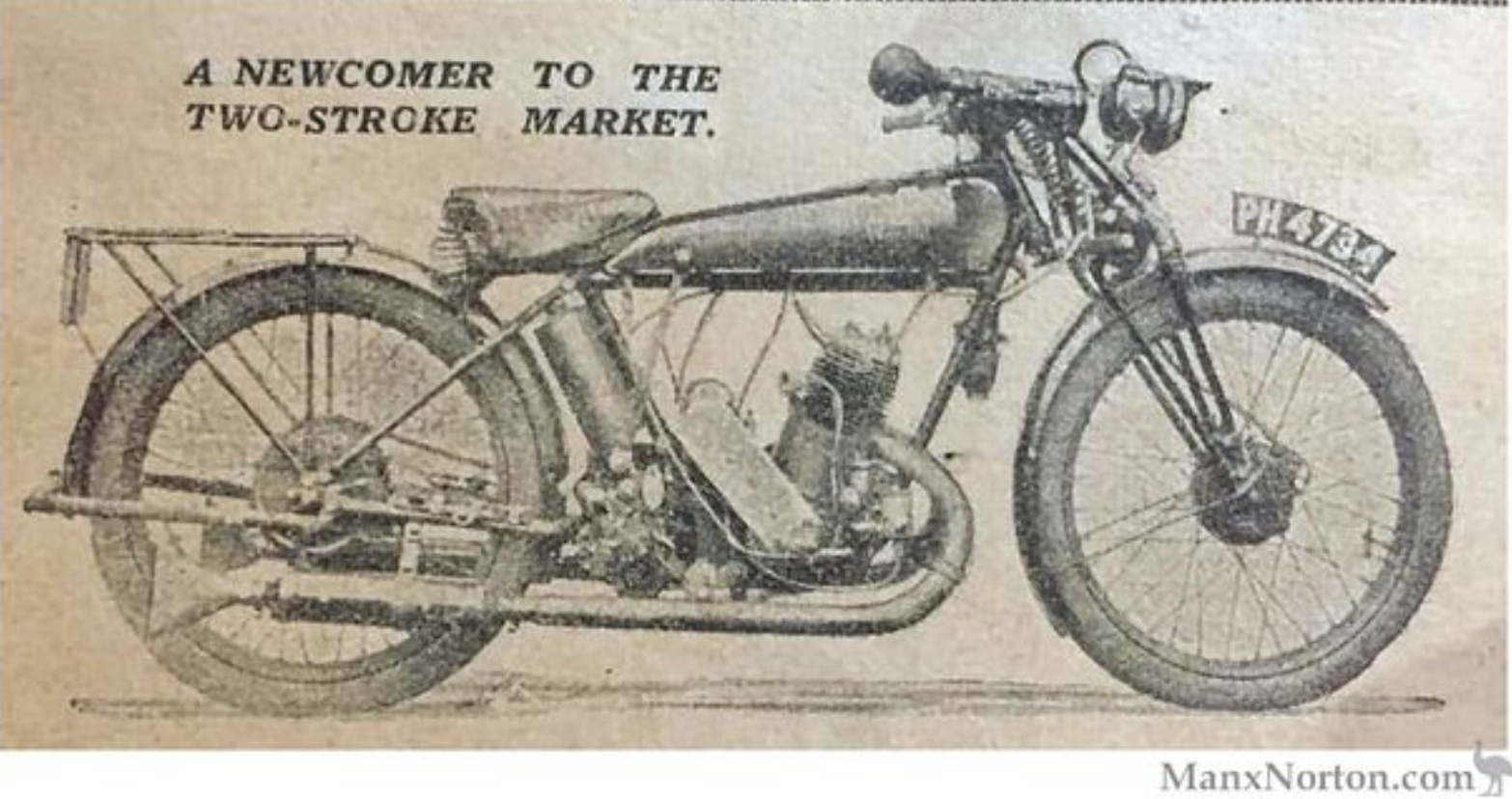 Now Mr Wardill knew more about the bike, but didn’t know what to do with the knowledge he had gathered.

Mr Wardill looked into replicating the patented two-stroke engine. He found someone who could do the job, However, the cost was very high.

The seed for a business had been planted and Mr Wardill was not to be put off. He did research and found a few businesses that were making vintage bikes.

“I thought if they’re doing this then I can do it. Why not? Let’s mix with the big boys.”

He realised he couldn’t use the engine as it was too expensive and wouldn’t pass modern safety regulations.

“I found an engine. Bought an engine. Which was quite a big investment at the time,” he says.

“I printed out a picture of the bike, 1:1 scale and taped it to a wall in my garage. I then propped the engine up on blocks of wood in front of the picture and stood back and said that engine fits in there.

“What I wanted to do was make sure that whatever bike I created was for all intents and purposes my grandfather’s bike. The same wheel base, wheels etc.”

This was three years ago.

Mr Wardill took the image of the bike to the man who was going to build his engine and they started working on recreating the frame.

“I want to be the motorcycle equivalent of Morgan Cars,” he explains. “They are handcrafted, using a mix of traditional and modern technology. I want to be that for bikes.”

Although vintage in its look and styling, there is a lot of modern technology going on in the bikes says Mr Wardill.

All of the parts are laser cut, it has been designed on CAD, the frames are made in proper manufacturing facility.

“It’s not me welding in my garage, it is proper engineering, proper manufacturing,” he says.

Mr Wardill is keen to stress the bikes, which are made to order, are built as much as possible in Wales, or the UK.

The frame is made in Ferndale, the speedometer is from Smiths in Neath, the fule tank is made by Williamston Engineering in Tenby, and the sign writing is done by a firm in Blackwood.

“It’s not a commuter bike,” Mr Wardill stresses. “It’s designed for someone on a Sunday morning – they open their garage door, turn the key, press the button and off they go for a ride.

“They don’t have to worry about oil being on the floor, but if they pull up at a traffic lights, or a coffee shop then they won’t see another. It’s about being individual.” 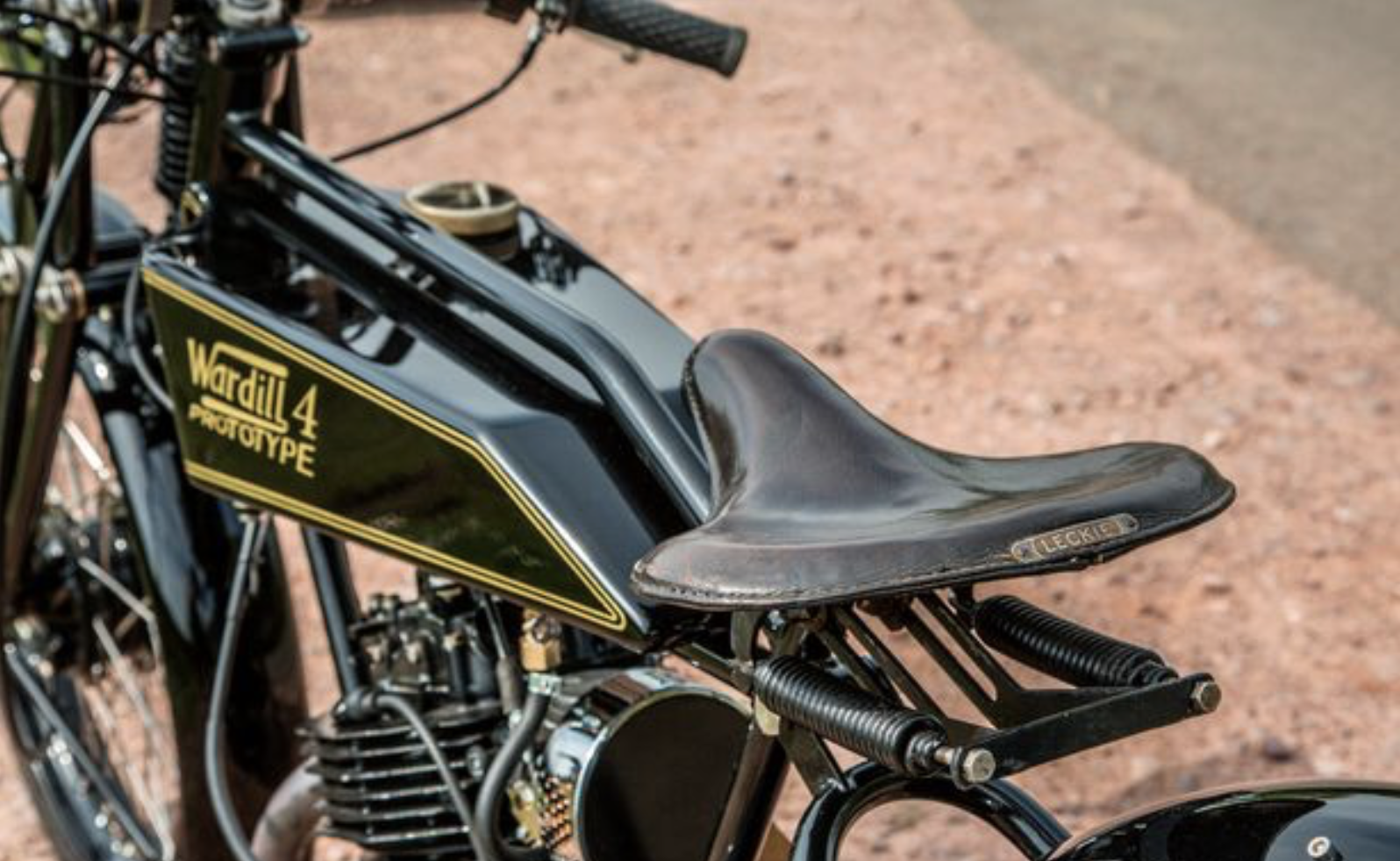 It is not only local businesses that has teamed up with Mr Wardill. The University of South Wales has helped and focussed on the business.

The company has been subject of a a dissertation and another for a student doing computer testing.

The university has also helped create some augmented reality that will mean when Mr Wardhill takes the bike to trade fairs, potential customers can sit on the bike and feel as if they are whizzing along country roads.

Mr Wardill has completed the Wales Accelerated Growth Programme through Welsh Ice, and will be looking for funding in time.

He hasn’t ruled out an appearance on Dragon’s Den, but he has his eye on another TV show – Antiques Roadshow. The expert Marc Allum is a fan of the story and the bike after Mr Wardill went along to share his story in the hope of finding an original Wardill.

“I started the company partly in the hope someone will get in touch and say they have found one in the shed,” he says.